Our good friend Bridget was in Seattle for the famous Potlatch frisbee tournament, and she paid us a visit when the tournament was over. Alex was in full show-off mode. And Patrick? 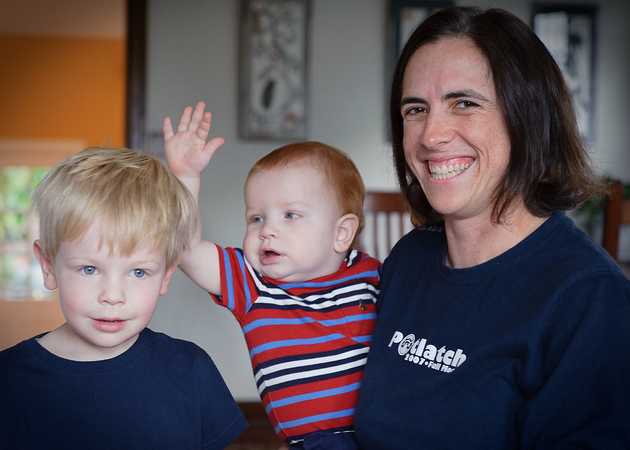 Oh, sure, for the most part one-year-old is a great age. He’s pretty agreeable with whatever we have planned and doesn’t throw temper tantrums. But I think I’m starting to see a little gear turning in his head that goes something like, “Hey, they think I’m cute. I think I can use this to my advantage to get away with things.” Here you see him trying to drum on his brother’s head.

Patrick also amuses himself dropping things from his high chair and saying, “Uh oooh!” And he loves making a mad dash for the electrical outlet by the fan. (He can crawl fast!) He laughs maniacally as we chase after him. We move him away, and he does it again. The game doesn’t get old.

Yup, we’ve got another little troublemaker on our hands.