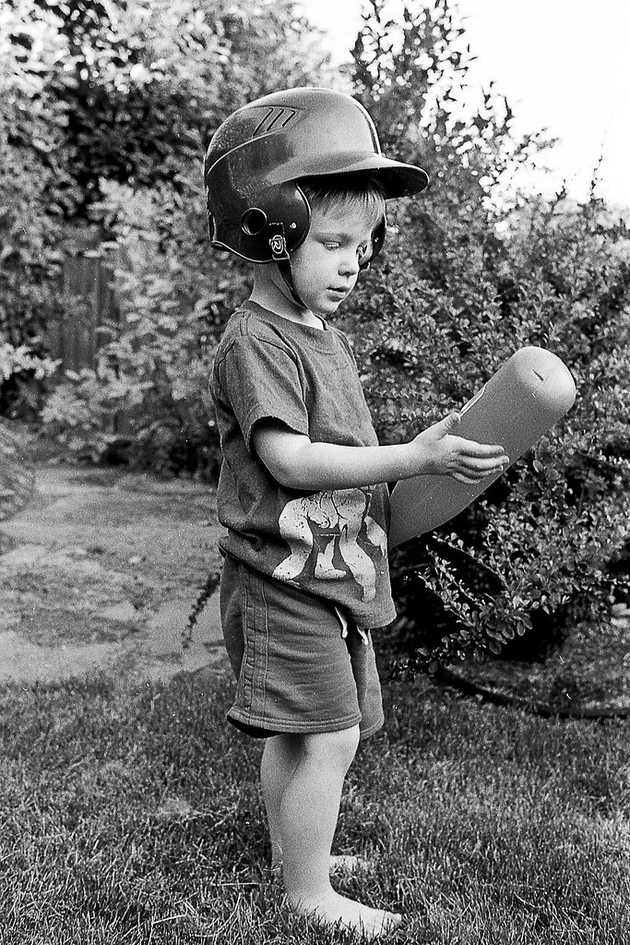 Because Alex had so much fun with his friend Nathan’s baseball gear, Molly bought him a wiffleball bat and set. Alex insisted on getting the helmet. While it looks enormous on his head, it’s actually SMALL — we’ll have to get him another soon if he sticks with this.

If I stand really close to him and toss a ball carefully, he can hit it. I usually need to remind him to watch the ball.

We’ve had a couple of tragic incidents when he tosses the ball to ME. I can’t seem to remember that I don’t need to hit the ball hard, and I’ve sent a ball stinging off his leg and off his arm. Both incidents ended in tears and cries of, “I want my mama!”