Lord of the Flies, Again

What do they say about history repeating itself?

Remember this from three years ago? 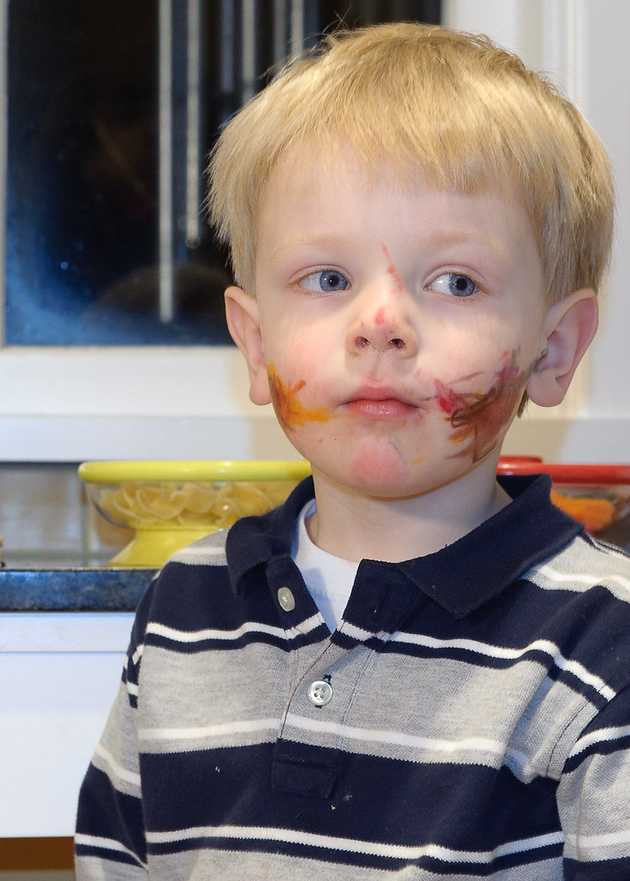 I wrote at the time:

For two days in a row now, Alex has come home with his face covered in magic marker. It looks like war paint.
I don’t think it’s coincidence that for the past two days, one or both of the full-time teachers in Alex’s room have been out sick.
I have a theory that the toddlers sensed the weakness in the regime, realized they had strength in numbers, and took over.

Well, three years later, there’s another substitute teacher, and now we have this: