The holidays are upon us, so Seattle parents know what that means. Turkey toss!

For those not in Seattle, that’s when the animals at Woodland Park Zoo get their special turkey dinners. With some animals, like the Jaguar, it isn’t a Turkey Toss… two turkey legs were just put on the ground for the cat to find. (Next to a cute paper mâché turkey, for some reason.) 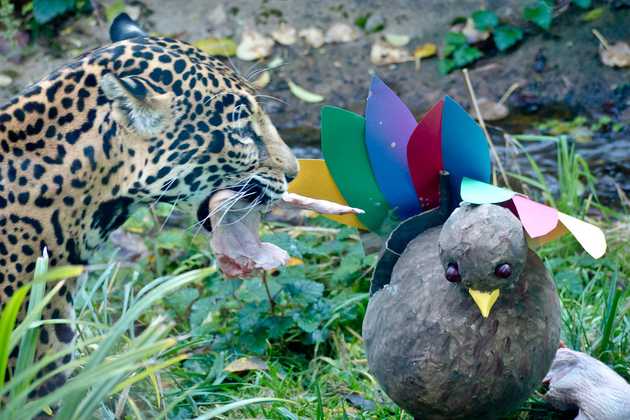 With the lion, though, it did look like a turkey toss. Or maybe a turkey zipline — I didn’t have the best view. All I could see was a turkey flying in the air, and moments later the lion had it in his mouth. 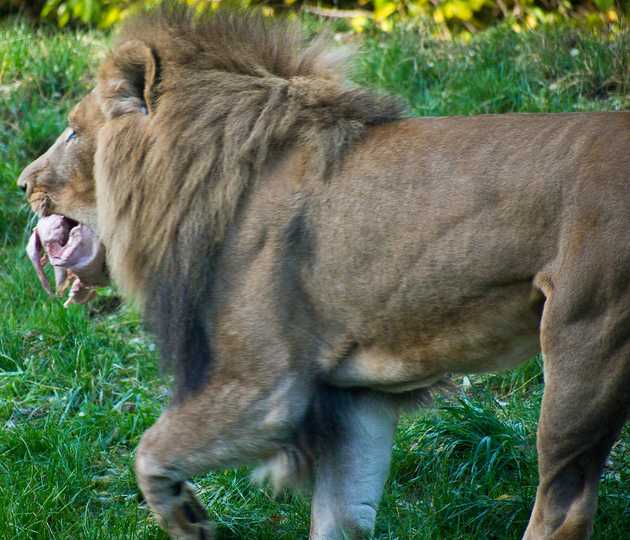 For me, it was an odd trip to the zoo, because Alex decided he didn’t want to go. He spent the day running errands with Molly instead, and I got to spend the morning just with Patrick. Molly & I rarely seem to have time with just one kid. It’s a different vibe. It’s certainly less stressful to have just one, and it’s nice to be able to pay attention to one child rather than always chasing after the one who happens to be running away.

(Molly’s theory is that always-wear-shorts-Alex knew in the back of his mind that he’d be cold if he went to the zoo. Or maybe he’s just starting to get tired of it. Or maybe he really wanted a donut from the grocery store, and he knew that was one of the errands. Who knows.)

Now that the animals have had their turkeys, it’s time for the people to have theirs. Happy Thanksgiving, all!