For us in Seattle, it’s been the year without a summer. According to local weather guru Cliff Mass, we’ve had far fewer warm days than normal, and for the 4 days ending Sunday we got twice as much rain as we normally get for all of September._ _(This particularly bugs me because September/October have been the best months for lovely light for photography. Oh well.)

In spite of this, we decided Sunday was a perfect day to head to the Puyallup Fair, our now-traditional end-of-summer fest. “There’s a lot of stuff to do inside,” we told ourselves on Sunday morning. “The kids can see all of the 4-H animals.”_ _So we piled into our car and headed south on I-5… when the skies opened up, the rain dumped down, and visibility was just a few hundred feet on the highway.

We almost called it off. It would have been so easy to exit I-5 in Seattle and head for the indoor bliss of the aquarium instead. But we decided that part of the defining moral character of a Seattleite is not letting a little rain get in the way of your plans. To borrow a phrase from our climatological brethren, “Keep Calm and Carry On.”

We had a couple of spells of heavy rain on the drive to Puyallup, but the skies were benign when we arrived. We spent the morning wandering through the 4-H barns. Our first stop was the draft horses. If Patrick had his way, he would have never left the stalls of the Clydesdales. I couldn’t convince him that every neighboring building was also filled with animals. He seemed sure that this was his only chance to see furry things, and he screamed in protest each time I tried to get him to move on. Eventually, I had to pick him up and carry him, fighting the whole time, to the barn that was 20 feet away. Once he saw there were animals in there, too, he understood that the entire fairgrounds were a fun place to explore. 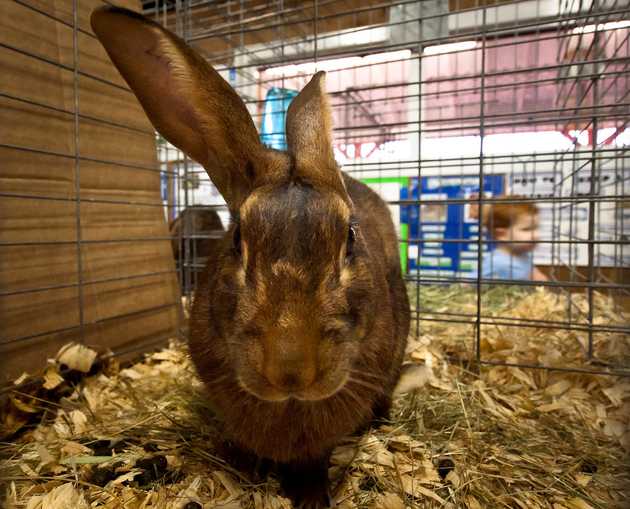 > > _Patrick in the rabbit barn. I didn’t take pictures with the draft horses because they’re all tethered facing **away** from the aisle, so all you’d see are kids and horses’ asses._ > >

Lunch was typical fair-food. Molly & I ate barbeque sandwiches. The kids ate cornbread and french fries. Alex saw somebody walking with an ear of corn and yelled, “I want corn!!” So we headed to one of the nearby roasted corn vendors, and he proceeded to eat an ear. Alex is so different from both his brother and me. He still won’t touch meat but he craves veggies. 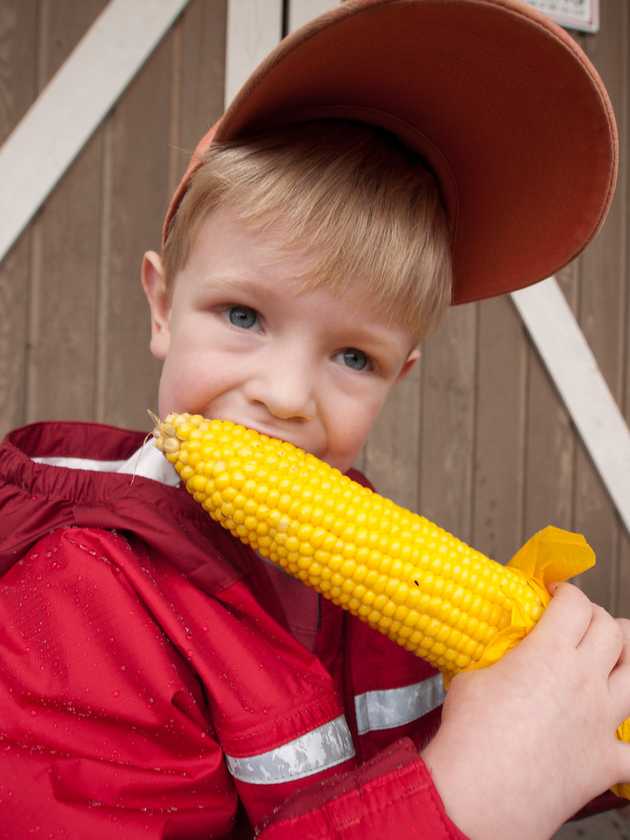 This is when the rain poured down again, for what turned out to be the last time. We sheltered under the awning of a barn while Alex at his corn, and we watched everybody else scurry for whatever cover they could find.

Twenty minutes later, the rain stopped and patches of blue sky appeared. We headed to the kids’ rides. We did just a few rides (which still cost a fortune!). The big difference between this year and last year: Patrick could now go on rides with his brother! 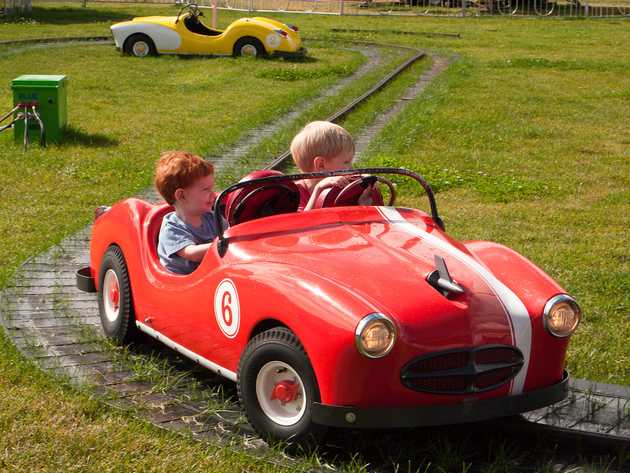 Everybody had a grand time, and everybody was exhausted and ready to go home by early afternoon. All in all, a very nice way to say goodbye to the summer that never was.