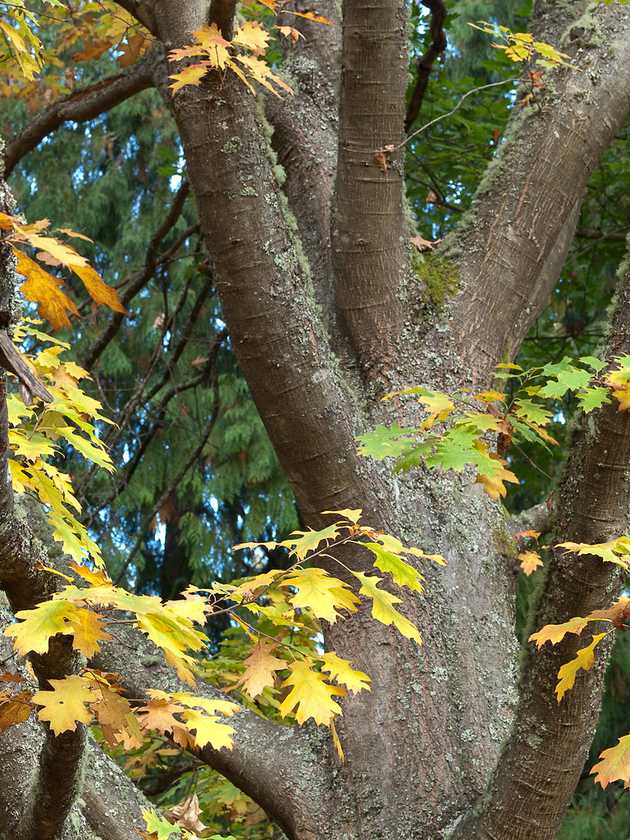 Autumn’s here, right on schedule. September predictably felt like a month of Indian Summer. Sure, we had some rain (Labor Day weekend was particularly dreary), but it was still warm. That’s changing quickly. Now that the nights are longer than the days, it’s cooling off quickly. When I checked the outdoor thermometer Sunday morning, it was 44 degrees. Brr.

Patrick doesn’t understand why we insist on putting his coat on when we go outside. When he sees Molly grab his blue fleece, he starts running away as fast as his little toddler legs will carry him. Luckily for us, that’s not very fast. He’s easy to catch. He then squeals the whole time we’re putting his coat on. Once it’s finally zipped, he accepts the inevitable and keeps it on. 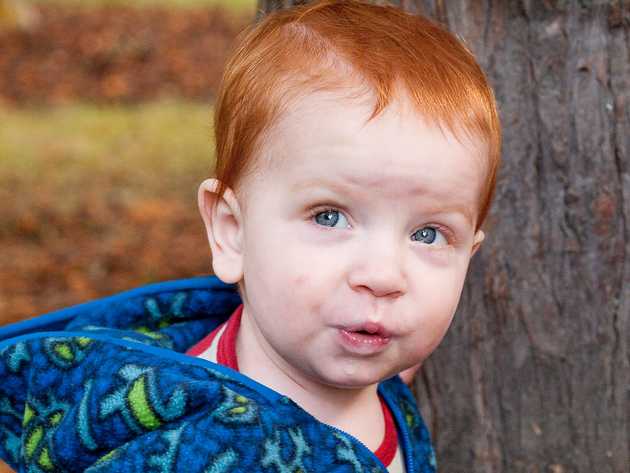 Even here in the land of spruce and hemlock, autumn is about changing leaves. I spent an hour in the arboretum over the weekend. Because it’s still early October, there was still more green than red/orange/yellow. However, I didn’t have to look hard to find oaks or maples that were starting to put on a show. I hope I can get to the arboretum for at least a little bit each weekend in October to see in detail how the season unfolds. 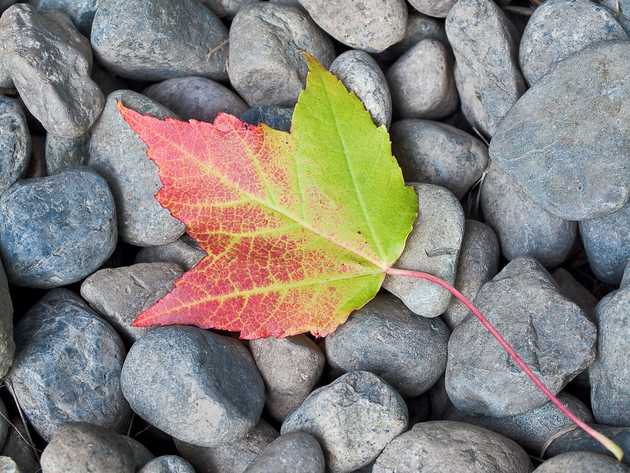