Sunday morning was gloomy. Oppressive, thick gray clouds hung low in the sky. It didn’t rain, but I wouldn’t blame you if you chose to spend Sunday morning indoors, expecting a downpour.

That’s not what we did.

Instead, we crammed the kids into the car and drove 90 minutes north, to the Skagit valley and the foothills of the Cascade mountains. We went to the Skagit River Ranch Farm Day. Essentially, this was a big foodie party at the farm. It had taken me a while to make up my mind that we should go to this. I knew that Alex would like seeing the animals. Every time we go to the zoo, for example, he heads straight to their farm animal exhibit and skips the zebras and giraffes. But I wasn’t sure there would be enough going on to occupy the kids and justify three hours in a car. Really, would Patrick care if there were three local chefs doing a “best burger” cookoff?

My fears were all misplaced, starting with the weather. While the low clouds smothered us for most of the drive up, in true Northwest fashion they burned off quickly mid-morning. By the time we pulled into the makeshift parking lot at the farm, there was nothing but dazzling blue sky. Before we even got to the welcome tent where we picked up our tickets and our name tags, we saw some of the activities they’d lined up for the kids. For example, they’d buried little toy animals in a pile of hay for the kids to hunt through. Alex got off to a slow start but soon fell in love with finding treasures. He came home with a set of three small cow figurines. (We tried to confine his loot to just two toys, one for him and one for Patrick. Just as we’d almost convinced him, Eiko – one of the owners of the farm – walked by and mentioned to me in passing, “Oh, he can take two or three toys.” Alex once again demonstrated his astounding selective hearing. He’d heard that offhanded remark and looked at me in triumph. “That girl said I could have three!” And thus he claimed all three of the baby cows. If only his hearing worked that well when we told him it’s time to clean the living room.) 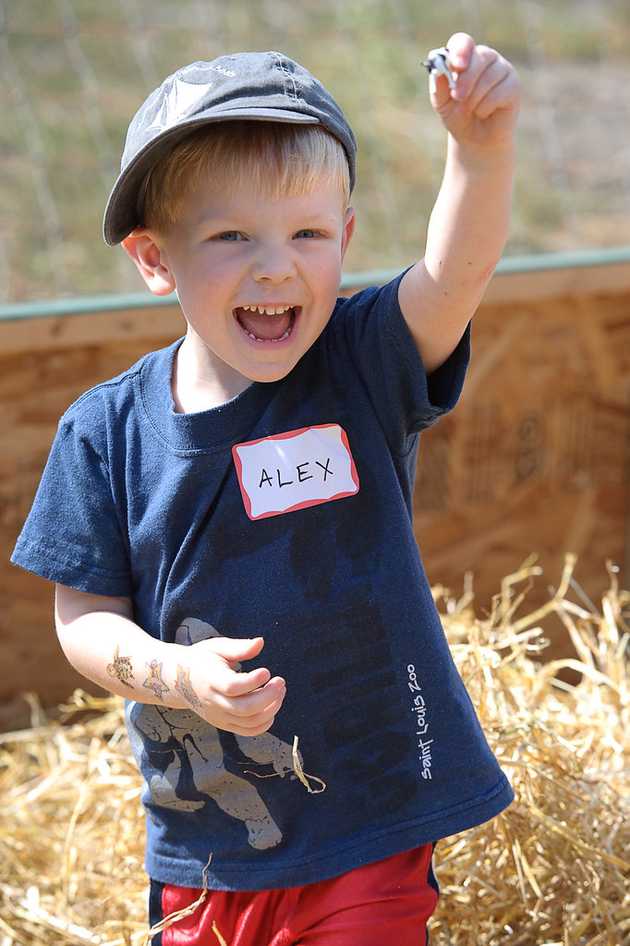 In addition to the toy hunt, they had live music (a hit for Alex) and regular games of Chicken Poop Bingo. I think the picture explains it all. 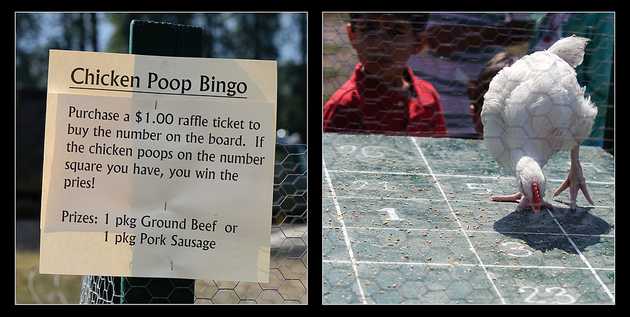 But the highlight of the day for any three-year-old was the animals. There were animals everywhere. Chickens wandering in the yard and sleeping under tractors. Horses being lead for a walk. Baby goats nursing. Chicks feeding. Turkeys – well, just sitting around. We even saw two pigs, even though Farmer George warned us we probably wouldn’t. Like the chickens, the pigs aren’t confined, so they tend to wander to the river during the day and they return to their pen at night. 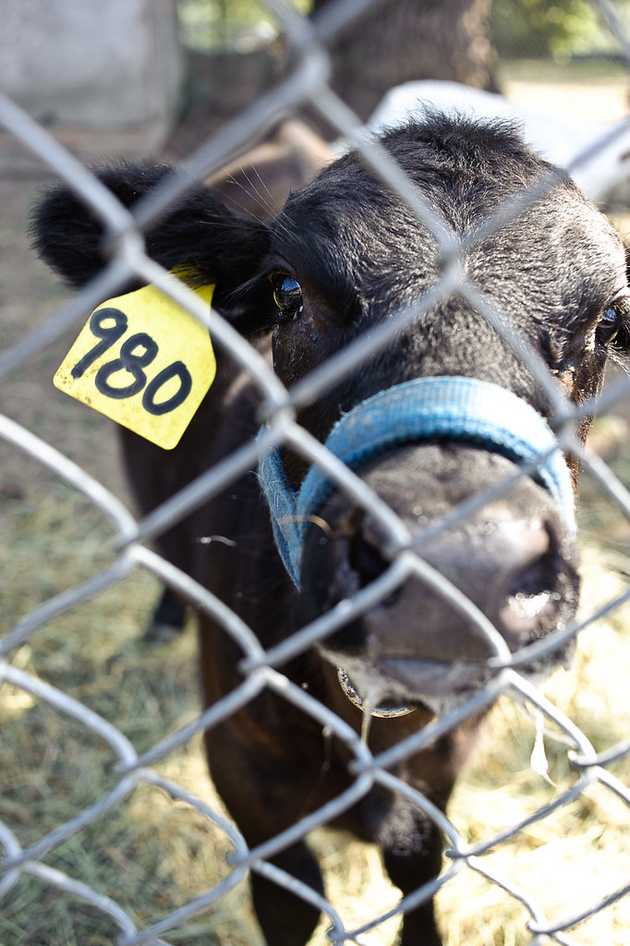 I suppose somebody who wasn’t encumbered by two little kids would have had the time to listen to the talks about sustainable agriculture, or maybe talk to the local chefs about the use of local ingredients in their restaurants. We didn’t get to do that. However, our trip to Skagit River Ranch says as much about sustainable agriculture as could be covered in any panel discussion. Can you imagine your local Tyson factory farm throwing a party for its local community? If a factory farm did throw a party, do you think you’d want to let your kids run around and play there? I’m glad places like Skagit River Ranch show there’s a viable business model built around sustainable agriculture (and really really tasty meat). 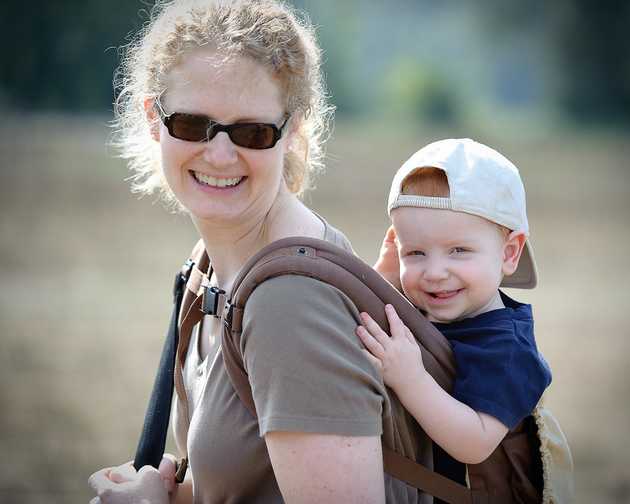 I hope there’s another Farm Day next year. I’d love to go again. Next time, I’ll hopefully remember: Even if it’s cloudy in the morning, pack sunscreen!