Running on iOS, it looks like a normal UISplitViewController fills the whole screen.

Now that I’m working on porting Library Notes to the Mac using Catalyst, though, I noticed something: Even when I tell Xcode that I want to optimize for the Mac interface, I still get iOS-style bar button items displayed in the navigation bar instead of Mac-style buttons displayed in the toolbar. My UI looked like this: 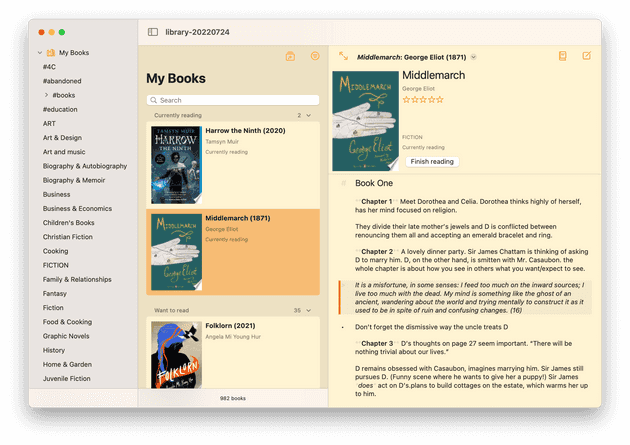 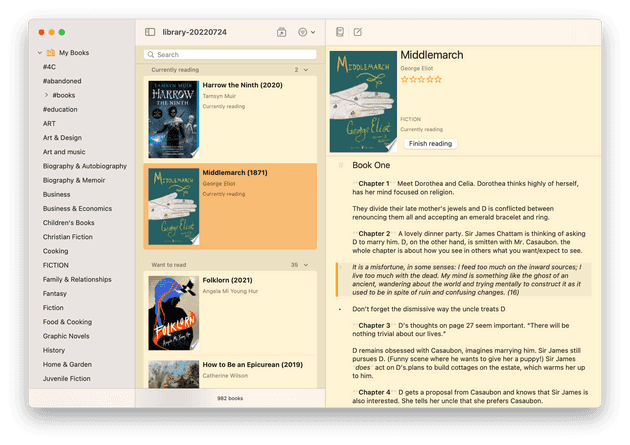 In retrospect, this makes perfect sense. Mac Catalyst will adapt iOS components to a Mac interface based upon what those components are. Something to keep in mind if, like me, you are an iOS developer venturing into Mac-land for the first time.