Molly had her most inspired birthday party planning yet. Invite 3 of Alex’s friends over, buy a nice Lego set for each of them, and let them build. It was less expensive than most of our birthday party ideas and way less trouble… the boys occupied themselves for two hours. Just building and silly eight-year-old boy chatter. They only needed parents when it was time to serve the cake and ice cream.

(This plan worked so well because our friend Ben kindly segregated the kindergarteners over at his house, also with their own Lego sets. He said they were also very well behaved and spent most of the time building. The moral: Keeping the age groups separated is the key to parental happiness.)

While this was simple, as you can see, Alex gave this party two thumbs up! 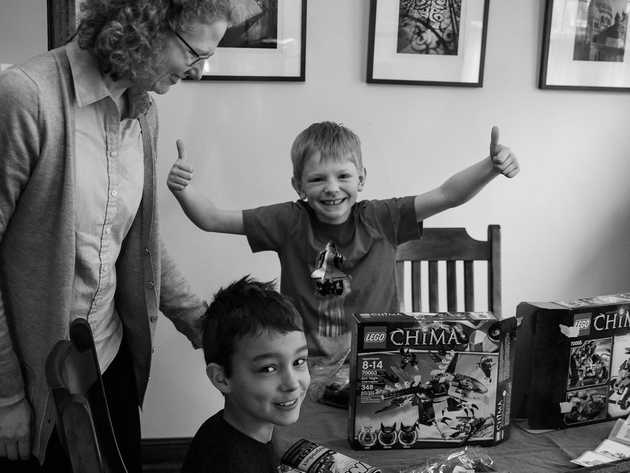 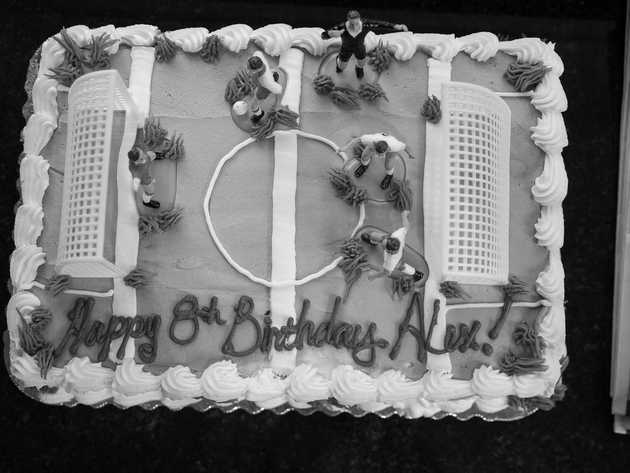