I'm a Role Model of Failure

Saturday morning, I was pumped… I was going to run 10 miles for the first time in my life. But halfway through the run — at a pace and a time I’ve done many times before — my heart suddenly started racing and I felt light headed. I stopped to catch my breath, and I just couldn’t get the energy to get going again. I don’t know if it was a failure of willpower, or if I’d “hit the wall” (I hadn’t had much to eat that morning). Whatever the reason: 10 mile run FAIL.

Worse: Sunday night was an “adult soirée” sponsored by the Seattle Music Teacher’s Association. I’ve been practicing Bach’s Invention Number 4 for a few months now, so (at the prompting of my teacher), I decided to perform it. The “performance hall” was the lovely Victorian home of a fellow student. We filled his entire first floor. My turn to perform came near the end… third to last. I sat down at the piano, focused, and started playing. And about a third of the way through the piece, I missed something. I can’t remember exactly what I’d done, but I found myself unable to remember what to do next and unable to figure out how to recover. For me, I play by memory because I can hear the music in my head and match my fingers to my internal concert… but there was nothing but silence between my ears. I plunked out a few notes, trying to remember. My arms started trembling violently and it was hard even to press a key down to make a note. Complete failure.

And honestly, I’m pretty excited about it.

Because who’s seeing me fail? These guys: 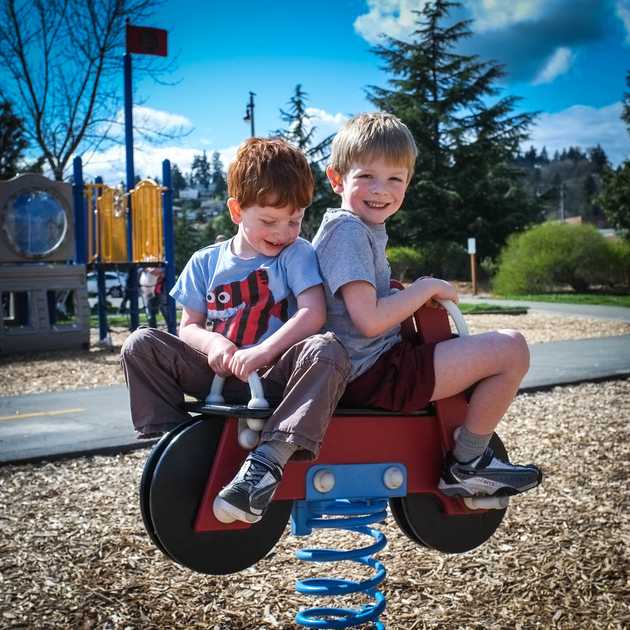 For better or worse, I know I’m a role model to them in everything I do. So I want to be the best role model for failure I can possibly be. Yup, sometimes I’ll push my lifetime-of-no-exercise body too hard, like Saturday’s run. But I’ll keep lacing up the shoes. And they’ll see me keep practicing piano every day, because I want them to see that’s how everybody gets better at things. But I also want them to know that even if you practice, you’ll sometimes fall down on your face in public. And that’s OK. Just try again.

I think it’s working, too. When I was practicing piano on Saturday, I hit a wrong note several times and grumbled (loudly!) in frustration. Alex came up to me. “What’s wrong?” he asked.

“That’s OK, Dad!” he told me. “Just keep trying and it will get better. It’s like me and swimming lessons! Last week was really hard, but I just keep trying, and this week was easier.” With those words of encouragement, he went back to playing and I went back to practicing. Yeah, it was a pretty bad weekend: But I’m proud of how good a role model for failure I’m turning out to be!

Postscript, back at the soirée: While I was staring at the keyboard in panic, unable to remember where I was in the music at all, my teacher called out from the back of the room, “It’s OK! You can start again from the beginning.” So I did. I finished the piece the second time, with a few awkward and long pauses where I got tripped up, but I never lost the thread of melody in my head. I’m sure it sounded awful because with my shaking hands and broken confidence, all I wanted to do was finish and spared no thoughts for the nuances of the piece. But I finished. It was horribly frustrating and embarrassing, yet in spite of that, I really wish Alex could have seen both the failure and the recovery.