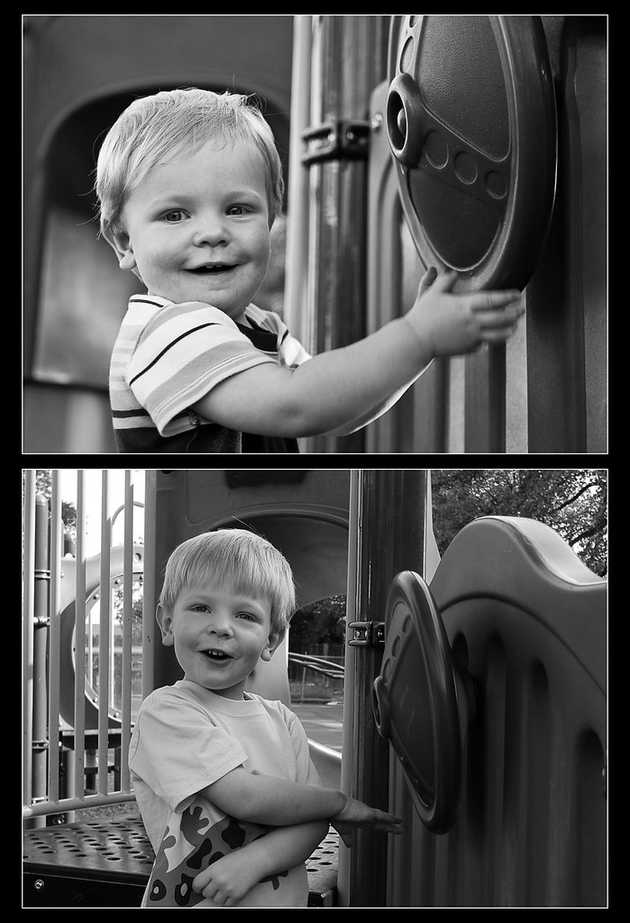 Now we have two new photos for the sequence. Here’s Patrick yesterday: 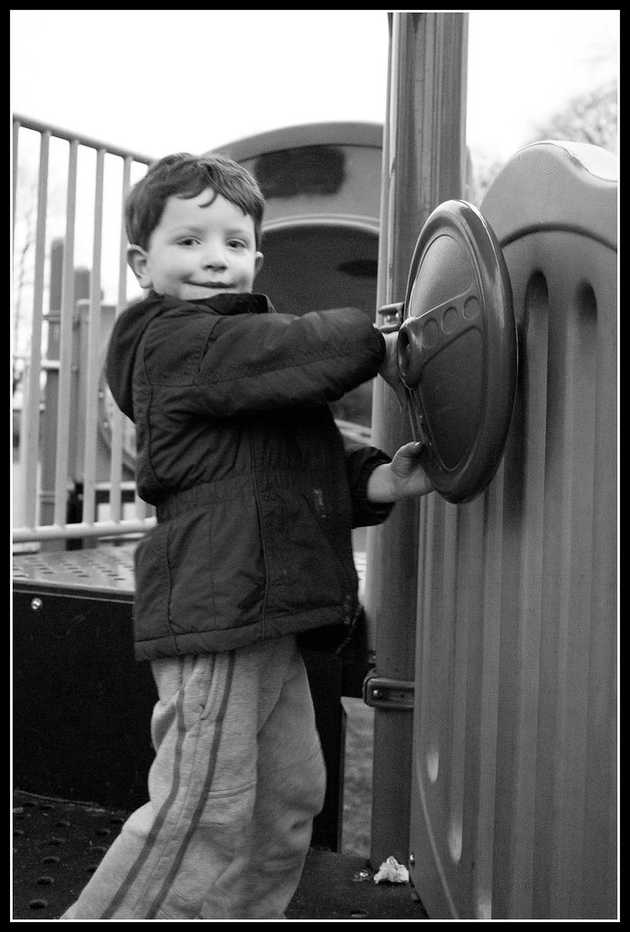 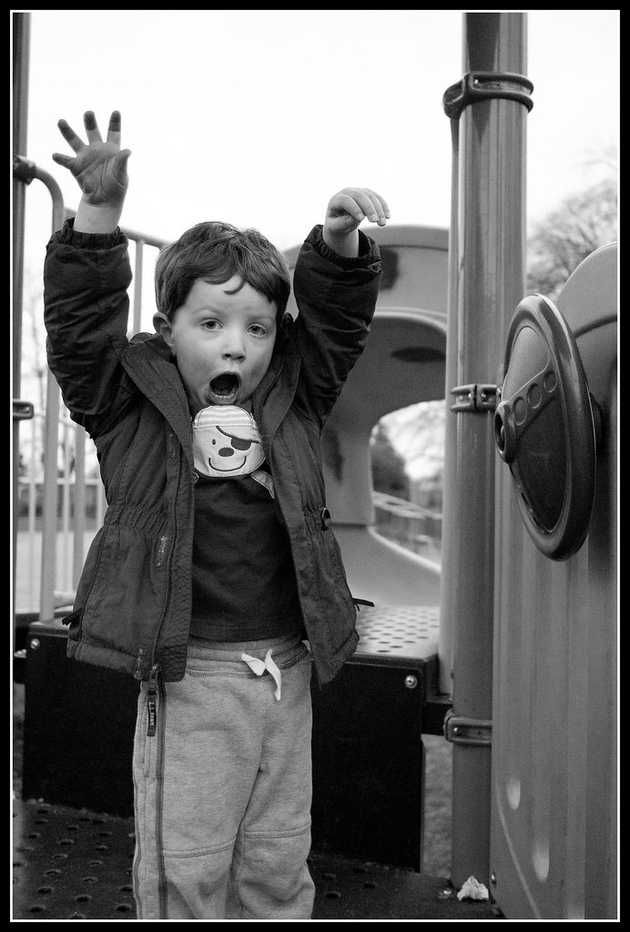 I’m not quite sure why he decided to roar at me.

It was a memorable trip to the playground. First, it was only myself and Patrick. It was near the end of the day, and Alex didn’t want to go outside. Alex chose to stay in and read Raz-Kids on the computer instead. I’ve grown to think of the two of them as inseparable, and it’s strange for me to be with just one of them. Second, this was Patrick’s first trip out on his wooden balance bike. He loved it (although he was doing more walking than riding).

Finally, this is the first time I’ve realized: Patrick’s finally gotten fast! As a toddler, he wasn’t as graceful a walker as Alex, but he’s now got the running thing down. He spent most of the playground time running around the grassy field. A family was also out on the field kicking a soccer ball around. As you know, Patrick has an eye out for the ladies… he spent half of his running time orbiting a sixth grade girl and just soaking up the attention she gave him!