The blessing or the curse of having our kids at the Bright Horizons at University Village: The Sounds of Summer Concert Series. Wednesday evenings during the peak summer months, U Village hosts a free outdoor concert in the parking lot right outside of daycare. From the window of Homebase G, Alex gets to watch them set up the stage, so by the time we pick him up he’s past all hope: “Can we go to the concert?! Can we go to the concert?!”

The kids have been to the two shows so far this season, and they’ve had a blast. We get there early, before the music starts and it’s too crowded. The kids each have a slice of cheese pizza and a smoothie. Then they play until the music starts. After the music, Alex still plays… Patrick, on the other hand, goes right to where the music is loudest. He might dance a little, but mostly he just stands and watches, captivated.

Thus, his dream to be a rock star is born! 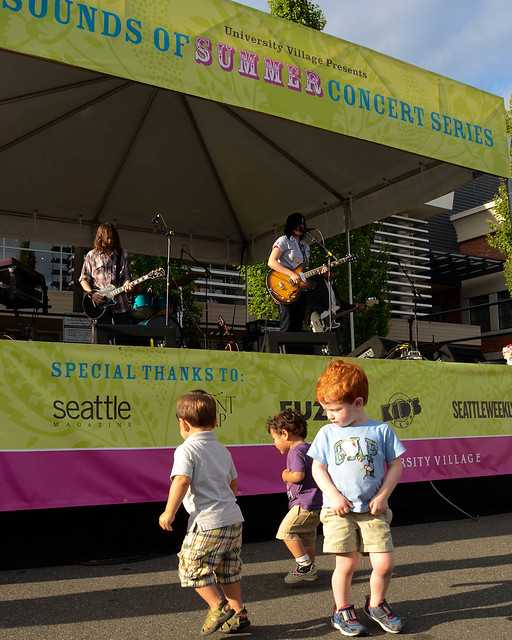