On Saturday, one of Alex’s friends had his 5th birthday party at our neighborhood Whole Foods supermarket. It was awesome. The party was in the cooking class room in the front of the grocery store. Keeping with the season, the kids decorated graham cracker houses and gingerbread men. Green plastic bowls filled with candy and frosting covered the work tables. The young sugar architects could use licorice nibs, chocolate chips, M&Ms, gumdrops, candy orange slices, and peppermint shavings to decorate their creations. And somehow the mess magically disappeared at the end!

It turns out the mess was easier to control than Patrick. Not that he was bad at the party. He was just, well, a redhead. For example, while we were waiting for the party to start, Molly told our kids they could snack on the gingerbread decorations. To an adult (i.e., me), she clearly meant for the kids to nibble on one or two things while we waited. Patrick, however, is not known for restraint. He inhaled a quarter of a bowl of candy orange slices before anybody noticed what was going on.

He also showed no patience for the finer points of making graham cracker houses. Such as, for instance, actually making the houses out of graham crackers. Instead, he ate the graham crackers and affixed his gumdrops directly to the house foundation (an animal cracker box).

His best trick, though, was learning how to open the door that lead out of the cooking class room into the rest of the (very crowded) grocery store. The first time he did it, he just stood on the other side of the glass door, staring back at us, grinning. He was waiting for somebody to notice what he’d done. Once I saw him, he took off running.

I ran out into the grocery store and brought him back. He escaped again. I brought him back. He escaped. I gave up and just followed him around. He explored the bakery, the salad bar, the frozen food aisle, the wine department, and finally the espresso stand. At that point I picked him up and held him while I ordered a latte for myself… then I put him down and followed him around the grocery store again.

After about 10 minutes, he lost enough interest in the store that I could bring him back to the party without him trying to escape. We enjoyed the rest of the party almost without incident. After the birthday cake was done, Patrick tried one more time to wander through Whole Foods. This time, though, he had a mission. “I buy bananas,” he said. “I be back!” When I tried to follow him through the store, he turned to me, exasperated. “I be back!” He started walking away again, and I kept following him. “I! Be! Back!” he declared. In this version of the game, I wasn’t supposed to follow him… I was just supposed let him go and wait for him to return.

If this was a coming-of-age story, this would be the part where I’d realize that I can’t keep my child safe forever. After all, part of growing up is learning how to navigate the aisles of Whole Foods on your own. But this isn’t a coming-of-age story… it’s a story of a two-year-old at a birthday party. I picked Patrick up and carried him back to the party. He fussed the whole way. Luckily for us, it was soon time for party favors. That took Patrick’s mind off his solitary quest to buy bananas until we got him home, happy and exhausted. 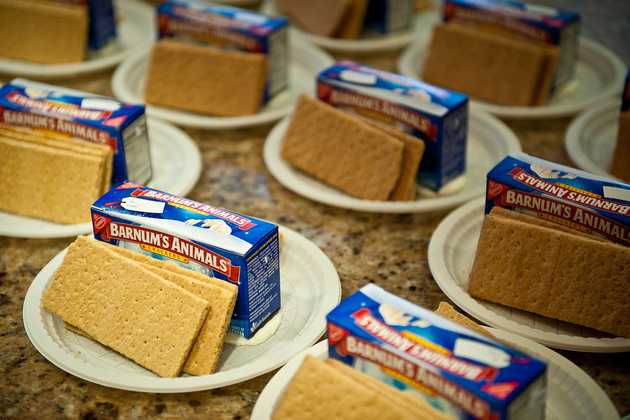 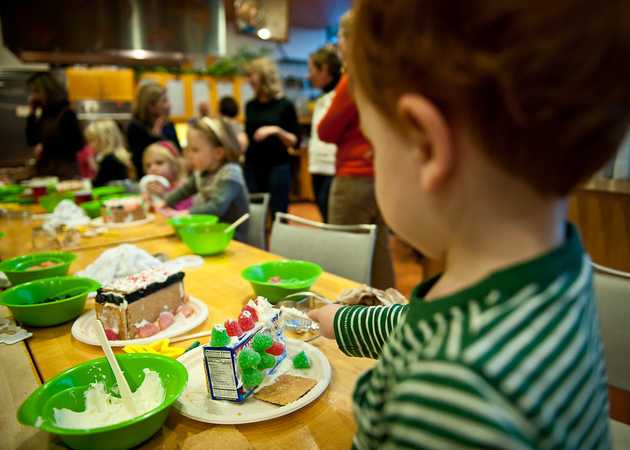 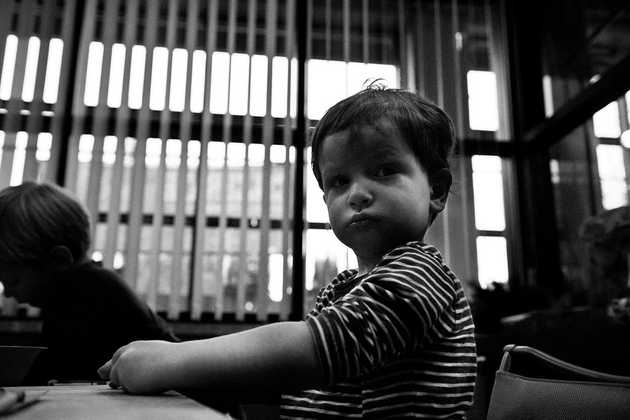