A Year of Changes

For those who are wondering: yes, I’m working on the 2009 book of photographs of the two boys. Don’t expect it to be done before February or March.

Working on the book, I’ve spent a lot of time recently looking at photos from earlier this year. And that’s when the obvious hit me: Little Patrick has really changed a lot in the past year. Here he is in February: 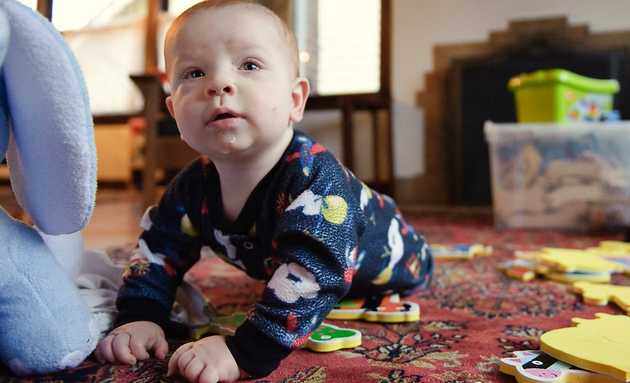 He could just army-crawl, he had almost no hair, and he was basically just a blob. I also wrote, back at the time, that he was the “pukiest member of the family.”

Here he is, from earlier today: 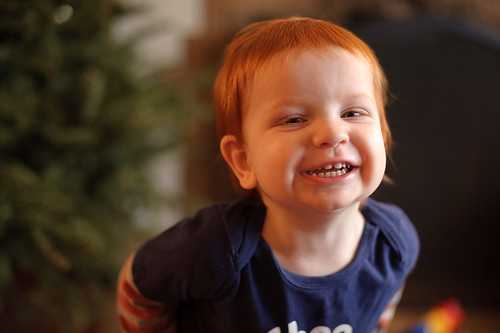 He runs (he’ll chase his brother and chase the cats). He’s got a full head of curly red hair. He’s got his own personality: He loves to go outside, he’s considerate but also has a stubborn streak. He’s learning to talk and he’s great at following directions. For the photo above, I asked him to stand by the tree, look at me, and say “Cheese!” He did it with gusto.

Sure, we’re all a year older now, but 2009 transformed Patrick from a baby into a little person. And on top of that, a person who can be a real delight to be around.

Here’s looking at you, kid! 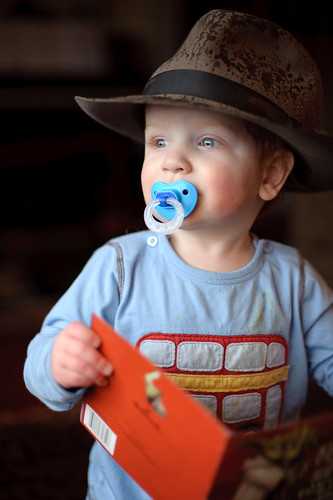 Here are some of the current Patrick milestones: