Each year, Alex gets a little more excited about Halloween. Two years ago, as you recall, it was The Halloween That Wasn’t. He wouldn’t even put on his costume. Last year, he put on his costume, but we went trick-or-treating at about six houses before he was tired.

This year, he hit the jackpot. We started the evening a little nervous about how healthy he was. He’d had a fever the past few days, and while he seemed on the mend, he was also more tired than normal. (He took a nap on Saturday, something unheard of.) We thought the easiest thing to do was take the kids down to University Village, which had trick-or-treating from 4:00 to 6:00. That would let us wrap up early.

University Village was less of a madhouse than we feared. Yes, it was filled with little Storm Troopers, Princesses, and Vampires. But aside from a few crowded corridors, you could still move freely from store to store and accumulate an impressive bag of sugar. Even our little dinosaur had a good time, once he stopped fighting wearing his costume.

But our lion was certainly the luckiest of all. Not only did he have a good time trick-or-treating at University Village, he was also healthy and energetic enough after dinner that I took him trick-or-treating on our street. So I wouldn’t look out of place, I dressed up as a cowboy. I’m kind of embarrassed that’s a pretty easy costume for me; I just throw a bandana around my neck, a hat on my head, and wear the same kind of clothes I wear every day. The way I normally dress, you’d think stampedes were common occurrences through the hallways of Microsoft.

Unlike last year, Alex made it all the way down and most of the way back up our block, gathering candy at each stop on the way. He made my heart melt at the end, when he was finally too tired to walk. I picked him up, and as I carried him to our house, he said, “Dad, you’re my favorite cowboy.” 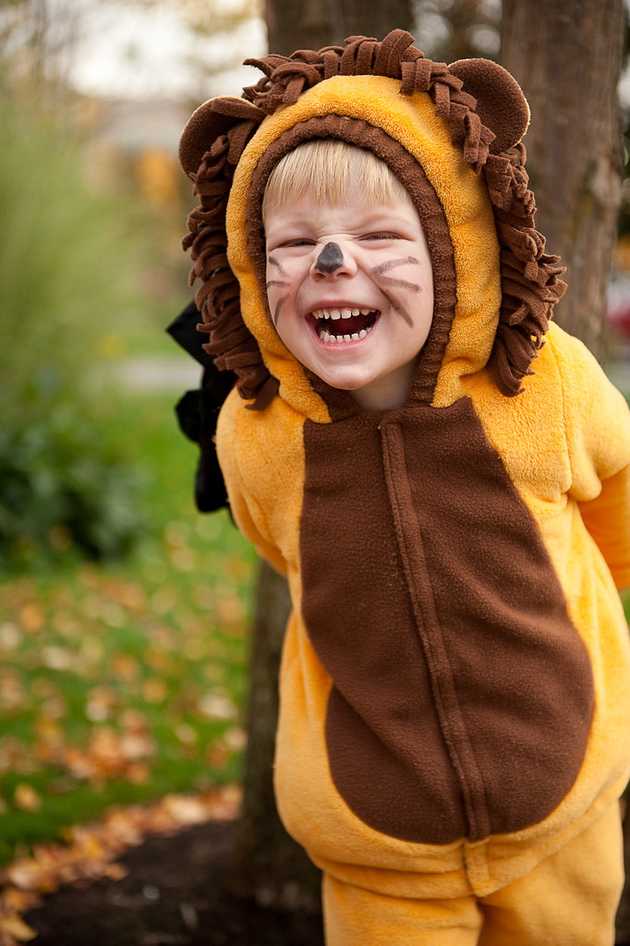