Trying to photograph a three year old boy is like trying to freeze a candle’s flicker. 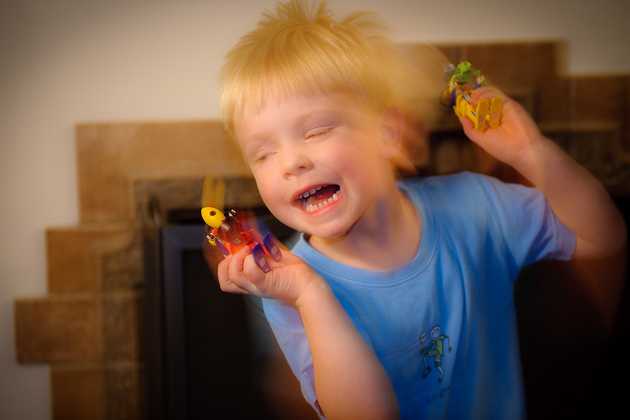 Alex is constant motion when he’s awake. So it was really strange when he told us tonight, “I don’t want to eat dinner. I just want to go to sleep.” While we convinced him to eat a piece of celery, he was in his bed, quiet, by 6:30. The trend over the past few weeks has been to use every trick in his book to stay up later. (“I want a drink of water.” “I’m scared of the dark.” “What if a wolf comes in my room?”) Maybe the poor kid’s finally giving in to exhaustion, or maybe he’s starting to get sick. Patrick’s had a fever on and off since Friday, so I fear it’s the latter. Although nobody’s slept well in the house since Friday, so maybe we’re lucky and he’s tired, just like his parents. Whatever the reason, I’m going to take advantage of both kids going to bed early to catch up on sleep myself. In bed by 9:00 – joy! (This is what my life has become.)