My mom pointed out that I don’t have many pictures of the two kids together. I’ve tried recently to fix that, but it turns out to be surprisingly hard. Take these two photos.

At the weekend birthday party, I tried to get a picture of the boys together in their costumes. However, no amount of pleading or bribing could get Alex to stay still next to his brother, even for five seconds. I captured this fleeting moment that Alex deigned to give his brother a hug. He was off like a feline rocket two heartbeats later. (In preschool this week, Alex learned that lions are carnivores and they bite other animals in the neck. I suppose this brotherly encounter could have turned out a lot worse!) 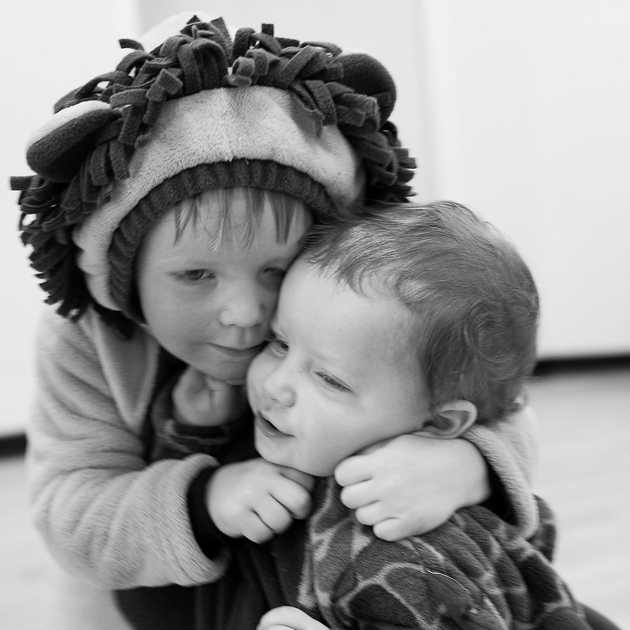 Here, I’m killing some time at our neighborhood playground while Molly cooks dinner. Two things let me get this picture. First, you can’t see it, but Patrick and Alex are standing on a platform that’s about six inches off the ground. Patrick’s learned that he can’t reliably step down, so this kept him in one spot long enough for a picture. The second trick here: There was another mom at the playground who took pity on me. It was probably quite a pathetic sight to watch me wrangle the two boys to be even somewhat close to each other and sort of looking in the same direction. So, she stood behind me and kept up a stream of funny banter. That kept the kids looking near the camera. At that point, _near the camera _was good enough for me!