Alex’s team lost their soccer game again on Sunday, 7-2. That’s a pretty typical score. When he came off the field at the end of the game, red-faced and sweaty, I asked my usual question: “Did you have fun?” 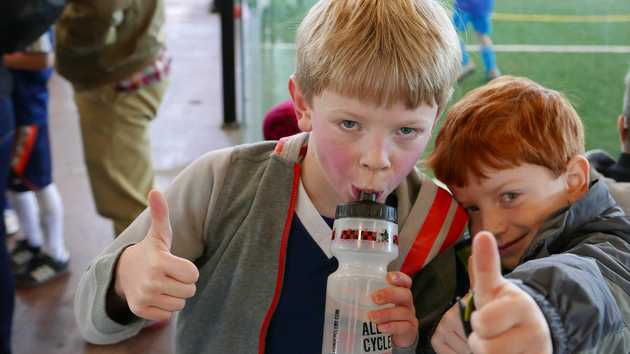 Alex’s playing has changed over the past few games. He’s decided he’s best at defense and asks the coach to play that position. There’s no more lollygagging around the field. He hustles to get in and make plays. He still needs to work on ball control and endurance… but playing defense on this team means he’s going to get lots of practice. He’s trying to get better.

I’ve never been a “sports person” and I tend to roll my eyes when sports people talk about all of the life lessons they’ve learned from the game. But maybe there’s something to it. I’ve been thinking a lot about something a younger former coworker of mine asked on Facebook recently. He said he wasn’t good at work politics and asked for book recommendations to improve. He said he was disillusioned with the concept of “meritocracy” at work. I didn’t like the jump from “there’s no meritocracy” to “I need to get good at playing politics to get ahead,” but I couldn’t find the words to explain my thinking. It turns out 3rd grade soccer captures my perspective well. Consider this:

When it’s my turn to come off the field and meet my maker, I don’t think he’ll ask, “Did you win?” Nope, “Did you have fun?” seems the right question for soccer, your career, and life.