Thirteen years ago — the year we got married — my then-fiancée and I got two kittens, Mo and Cleo. It was our first tentative steps into forming a family. 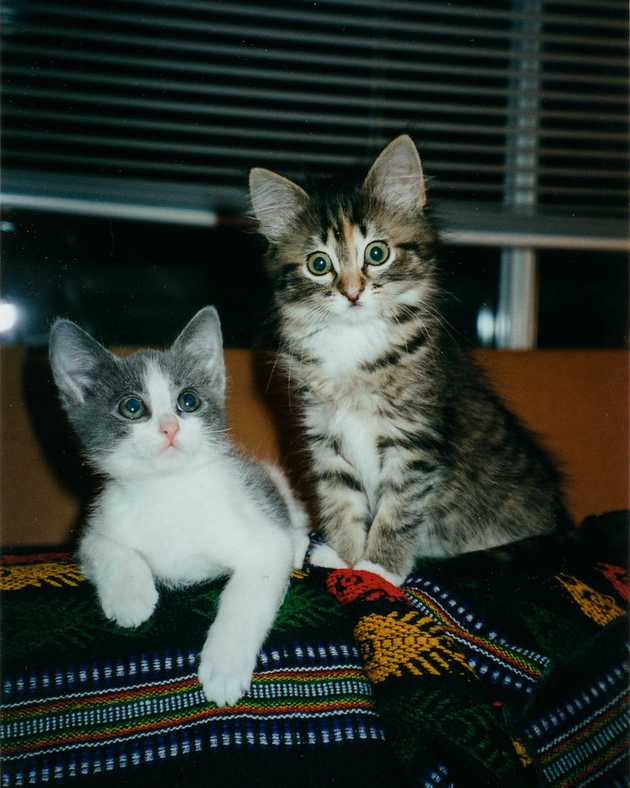 Then, seven years ago, we made the human kind of family. Honestly, that pushed me over my limit of taking-care-of-little-creatures-that-poop-and-vomit. Ever since Alex was born, I’ve dreamed of living in a cat-free house.

Well, I’m now halfway to my goal. We asked the vet to put Mo to sleep on Friday. For the past two weeks, we’ve known that Mo suffered from lymphocytic leukemia and that it was incurable.

And for the past two weeks, I felt like I was living in a tamer version of The Monkey’s Paw, with the growing realization of the underlying horribleness of my dream of a cat-free life. Once you have cats, you don’t become cat-free because they pack up and move to college. You become cat-free when the cats die. And with Mo, death wasn’t some passive thing that just happened. Mo died Friday because we decided it was time and made it happen. (Actually, credit where it is due: Molly made it happen.) The awful ambiguousness surprised me most of all. When I pictured the eventual death of our pets (which was rarely), I imagined them clearly suffering, with plaintive meows and maybe some blood for dramatic effect. Then we’d wisely and mercifully decide to end their suffering. But Mo wasn’t suffering, at least not obviously. Instead, he was fading. He’d nearly stopped eating, and lost a scary amount of weight, and didn’t move around much. But when he did look me in the eyes, his personality seemed the exact same. He was fading into nothingness with the same contentment that he had moving through the rest of his life. So it was up to us… at what point in this fading process to we decide: _This is enough? _

For me, that point came on Thursday night, watching Mo walk from the water bowl back to the living room. Several times he gave a little stagger as he walked. It was slight, but still jarring given how graceful cats usually move. His eyes still had the same personality, but looking at the effect of his disease on his body: This was enough.

One of my favorite memories of Mo will always be how he liked to drink beer. We discovered this when he was a kitten: 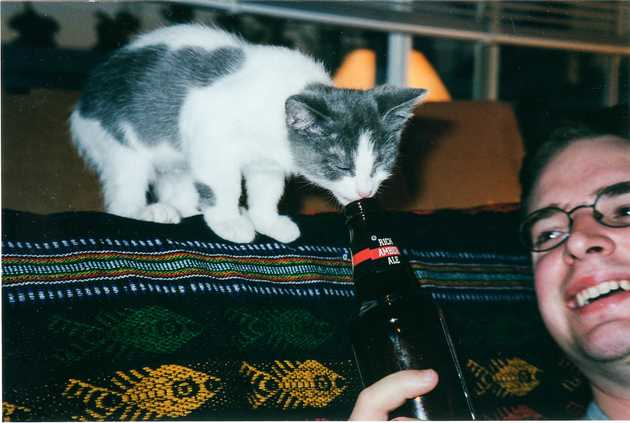 He’d attack a beer bottle with his tongue until he made the top of the bottle warm with his breath and body heat. He got to enjoy a little beer on his last day with us, but not with the same gusto. Just a few licks and he was done. 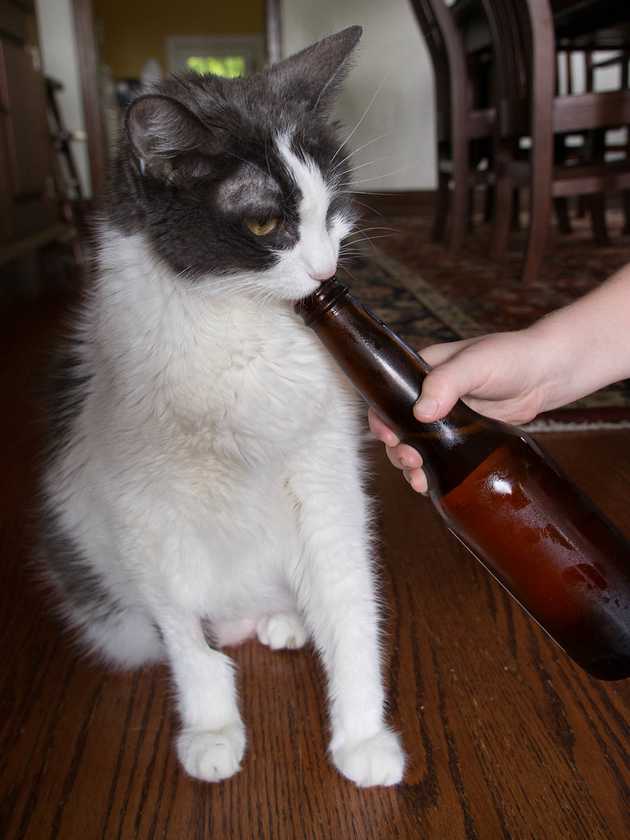 And the photo shoot didn’t go exactly as planned… my assistant was a little hard to control. 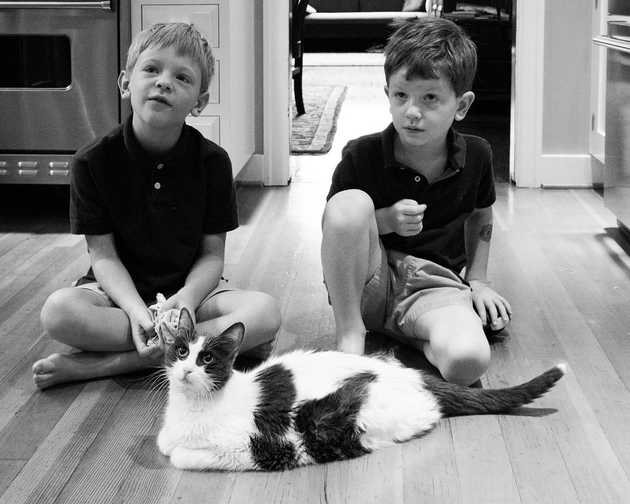