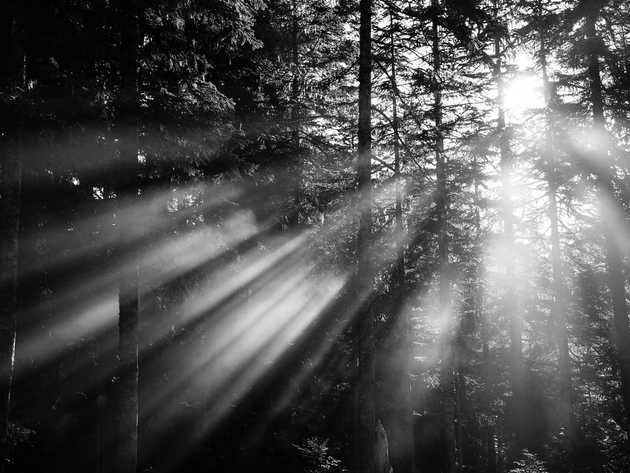 Last Sunday night, I stared at the embers of a dying fire, then looked up. Through dense fir branches, I caught glimpses of the starry night, a too-rare sight thanks to Seattle’s cloud cover and lights. But it’s summer, so the clouds are gone, and this wasn’t Seattle. I was at Cougar Rock campground, 3000 feet up the side of Mt. Rainier. 10 feet away, my family slept inside our massive Kingdome 6 tent, exhausted in their sleeping bags.

The Leis family was asleep in the next campsite. Camping had been Jenny’s idea. Her twin sister Katie had flown in from the East coast to join the adventure, and we’d celebrated their birthdays around the campfire with cupcakes and candles the night before. Not a bad way to turn ____ years old. Though with the absence of presents and inflatables, I’m not sure my kids recognized it as a birthday party. To a 7-year-old, grownup birthdays make no sense. Boring!

Other friends of the Leis’s had joined us on the trip. Their campsite was nearby, still on Loop B, but out of sight. They also had two boys, so between us we had six boys aged 7 and younger. It sounds like a recipe for chaos, but the forest is a perfect place to absorb and channel little boy energy. Earlier that night, as we grownups sat around the fire and enjoyed our grownup drinks, the kids had been roaming the campsites in the dark. The boys were chasing a group of slightly older girls on bikes who we’re pedaling around and around Loop B. Our boys thought this was the best game in the world, and I think the girls were just trying to ignore them. Our parental supervision was limited to a periodic census, making sure we could count six glow-sticks through the trees. It was awesome. 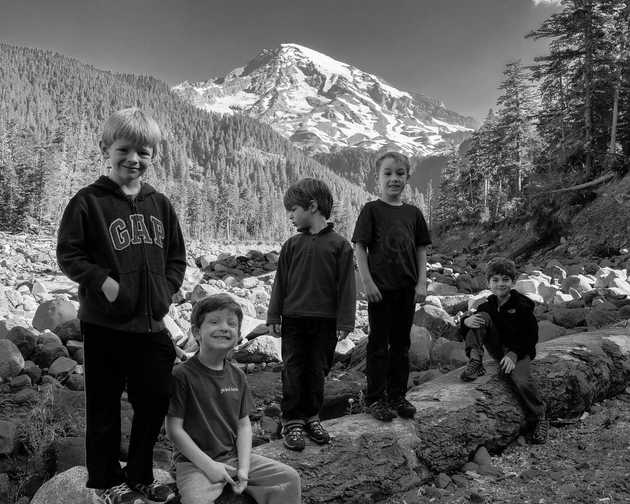 We’d spent the morning hiking the trails above Paradise. Because the campsite was so close to the trails, we beat the worst of the crowds in spite of our unhurried breakfasts. We’d lucked out on the weather. It was warm but not hot. In front of us, we had clear views of the massive glaciers; mountain ridges ringed the horizon behind and below us. When the serious mountaineers would pass by, we’d point out their helmets, ropes, and ice axes to the kids. With binoculars, we could see the line of climbers on their way to the base camp 4000 feet above us. Their tiny black silhouettes stood out against the blue-white ice field. They’d be making their summit attempts the next day.

We made it to the tree line. We got to hike across a 50 foot stretch of snow, which was the highlight of the morning for all the kids. That and the marmots that stalked us through the alpine meadows. Spectacular mountain vistas? Boring! Snow in August and Rodents of Unusual Size? Awesome! 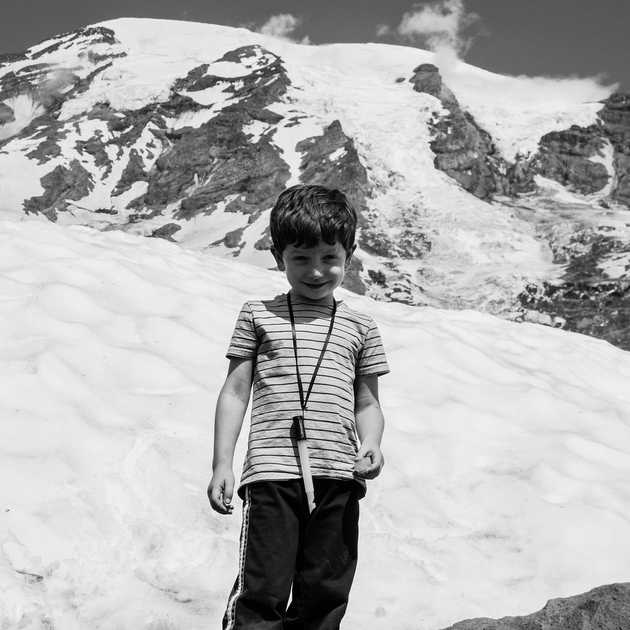 The act of hiking itself, just putting one foot in front of the other, challenged Patrick at times. I don’t know if we would have made 50 feet up the trail, much less to the tree line, if I hadn’t caved in and carried him piggy-back-style, with my backpack full of water, food, and a first aid kit slung on my front. With all the extra weight, I got my exercise for the day. I was a little disappointed that my Fitbit said I’d only walked the equivalent of 92 flights of stairs that morning. It felt like more. My wrists were sore for two days from the strain of supporting Patrick’s butt.

While the grownups liked the hike, the kids were happiest in the campground. They climbed logs and chased girls. Alex carried a stick most of the day. He made a noble but ineffective attempt to sharpen it, and it was his spear for elk hunting. All the boys got Junior Ranger patches from the evening Park Service program at the campground. Patrick found ants, ant larvae, and beetles, and proved (again) he’s not at all squeamish about picking up bugs.

As I reflected on the day, I knew what the kids liked so much about the campsite was freedom. As long as they were close enough for us to hear them, we let them do what they want. Modern childhood is structured and supervised around the clock. Having hours to just go play with friends is as rare a treat for them as a starry sky is for me. We’d be heading back to Seattle and normal life the next day. I didn’t know if I’ll be able to give this kind of freedom to the kids in our city life, or if this will always be something that comes with wood smoke and chilly mornings. But I’m glad they got this treat this summer. Patrick told me it was the best weekend of his life.

Parenting Version 2.0 continues to be great. Tired and happy, I joined my sleeping family in the tent. 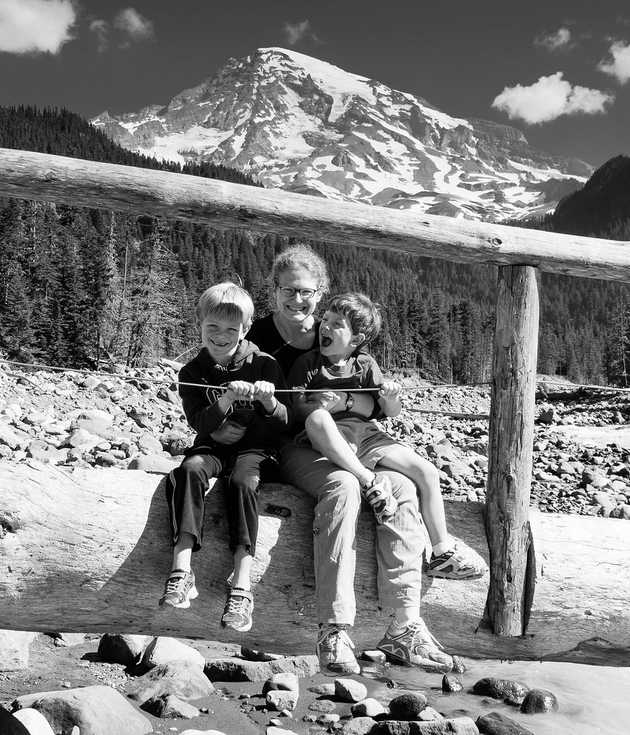 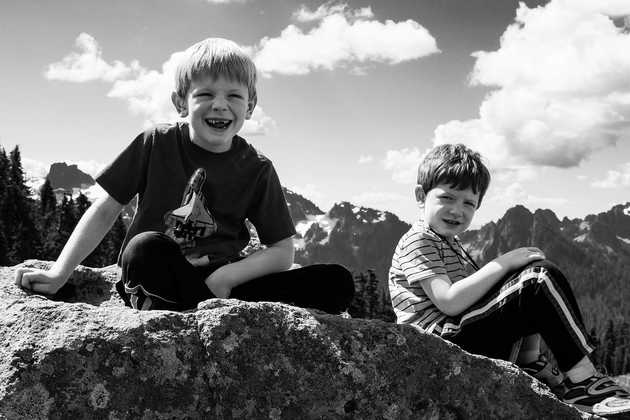