For almost all of the past three weeks, somebody in the house has been sick. Alex had an ear infection that turned into a ruptured eardrum. Patrick had strep, then a stomach bug. Then I caught Patrick’s stomach bug that I just recovered from today.

I’m telling this story to distract the grandparents & other relatives from the lack of pictures in recent weeks. I’ve started going through the small photo backlog. Here are two that were sitting on my camera, taken in between strep throat and stomach flu. The following scene started innocently enough, with Patrick just putting his hand in the fountain. “Remember, Patrick,” I told him, “I don’t have a towel or a change of clothes…” 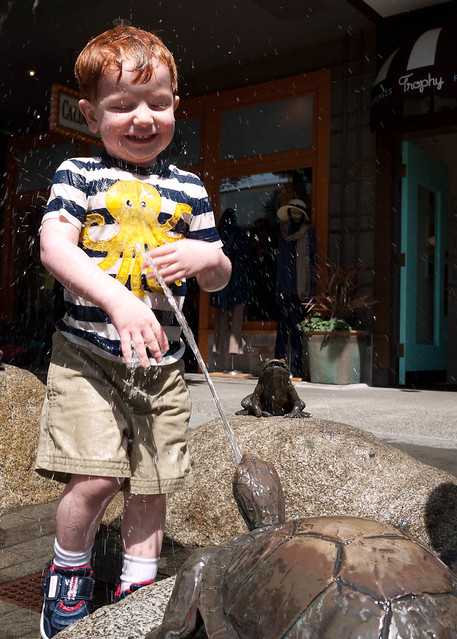 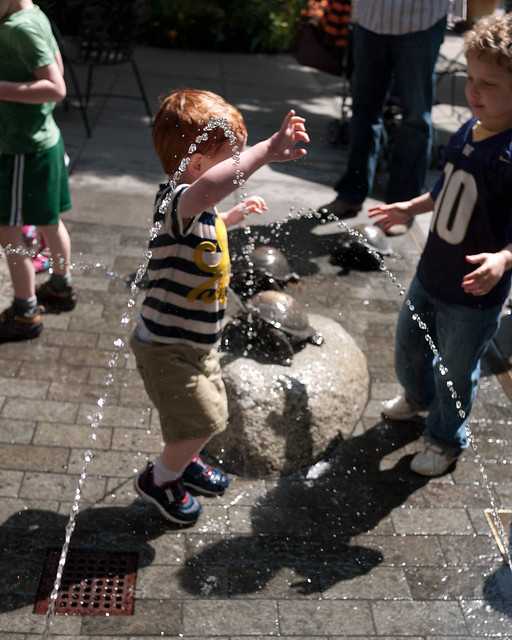 (Postscript: The kids & I had walked to University Village. I was able to call Molly. She came down with a towel & clothes, then drove us home.)